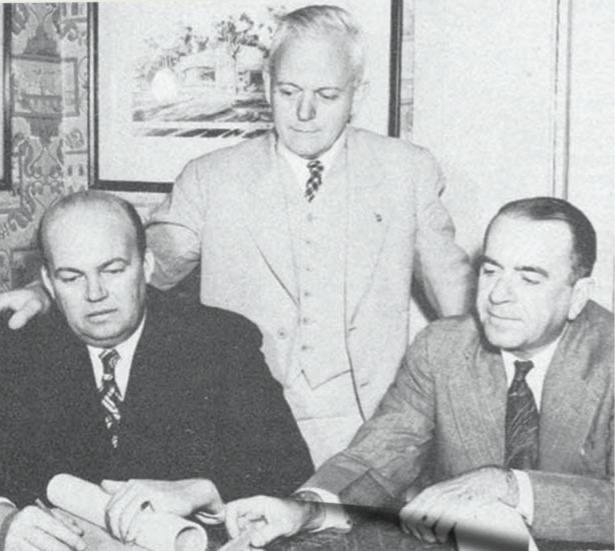 During the 75th anniversary of SS&A’s founding, the firm would like to highlight the impact of one of its founding architects and a significant historical project. 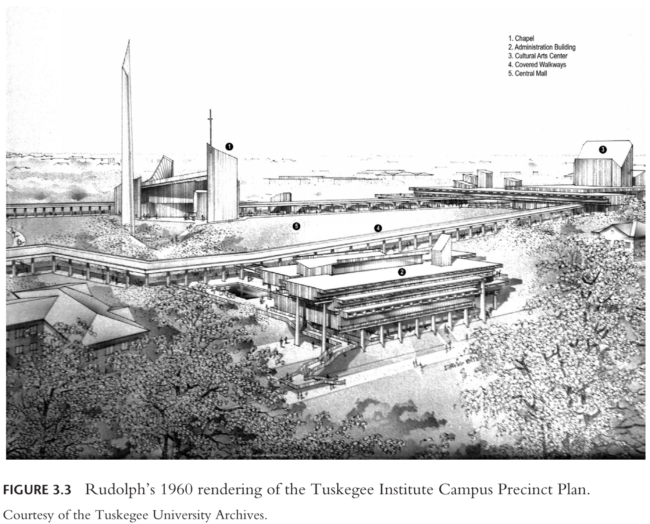 Sherlock, Smith & Adams’ founder Moreland G. Smith, joined the Tuskegee Institute Board of Trustees in 1957 and was appointed the chairman of the Buildings and Grounds Committee in 1958. October 14th, 1958, the Grounds Committee approved John A. Welch’s modern sketch of the Tuskegee Chapel that had burned during a fire on January 23, 1957. Welch was the founder of the local African American architecture firm Fry & Welch and served as the Architectural Department Head at Tuskegee from 1935 to 1940.

During the spring of 1959, Smith introduced Paul Rudolph, Dean of Yale’s Department of Architecture, to the Board of Trustees at Tuskegee. Rudolph presented the guiding master plan of Tuskegee Institute that incorporated the new Chapel developed by Welch and the Booker T. Washington Monument at the central heart of Tuskegee’s campus. Rudolph alongside Welch, Smith, and others such as architects and landscape architects Douglas Haskell, David Williston, and Minoru Yamasaki made up the Master Plan Advisory Committee. Although Smith’s tenure on the Board and Grounds Committee ended in 1960, he continued to support the efforts of the Chapel reconstruction through his relations with former Tuskegee President Luther Foster and black architects John A. Welch and Paul Rudolph. 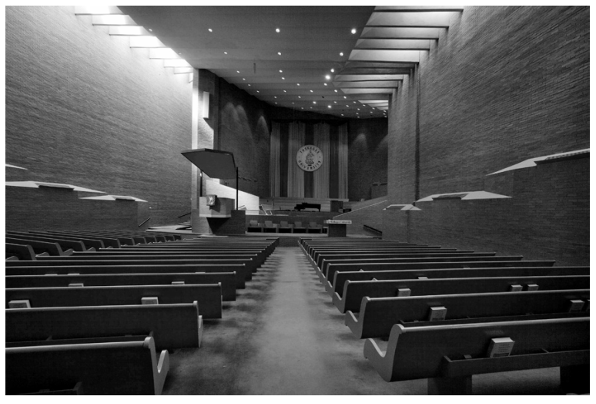 The Chapel’s groundbreaking occurred on March 18, 1967, nearly 10 years after it burned, and cost the school nearly $2 million. Numerous delays came about due to the varying angled heights, steel framing, and floor plan geometry. The building itself has multiple angles with sloping walls and no 90-degree intersections, which required special expertise and attention from the mason contractor. The irregular masonry added to the overall monolithic character of the building along with the brick corbels, balcony, skylights, stained glass windows, and cascading stairs along the terrace.

Smith’s involvement and support of the master plan and Chapel at Tuskegee Institute occurred during the Civil Rights era in Alabama. Although admirable, his involvement on the campus and in the Civil Rights Bus Boycott caused him and his family many obstacles as residents in the Montgomery area. The former Alabama Governor George Wallace blocked Sherlock, Smith & Adams from new projects and credit lines from local banks. Moreland Smith’s family was also excluded from society due to his hiring of black architects and encouragement of acceptance into American Institute of Architecture (AIA) membership. Ultimately, Smith and his family relocated to the Atlanta area in1965 and sold his interest in Sherlock, Smith & Adams, although the firm still proudly bears his name.

In Atlanta, Smith became a staff member of the Southern Regional Council and did architectural consulting. He later received an award from Atlanta architects in 1987 and was recognized as an AIA Fellow.

SS&A celebrates the contributions of our founders. Each year we support and encourage our team members as they take time to serve in various roles and organizations to make a positive impact on our community and our profession.

SS&A Design Collective would like to thank Tuskegee University faculty for providing relevant articles pertaining to Moreland Smith’s involvement in the Chapel’s construction. 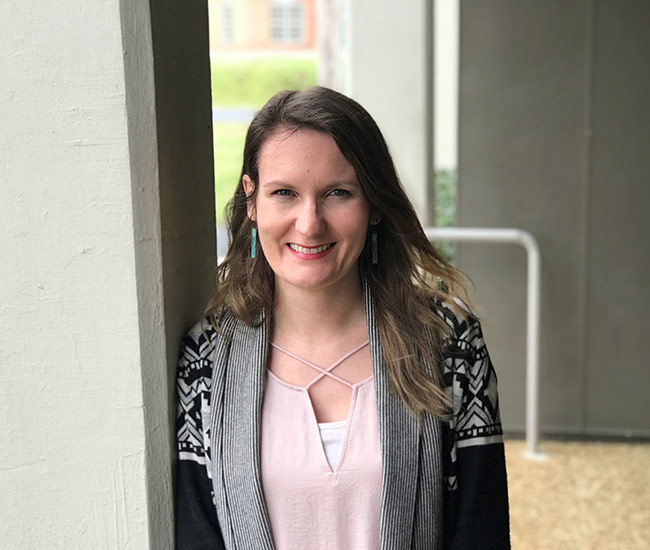 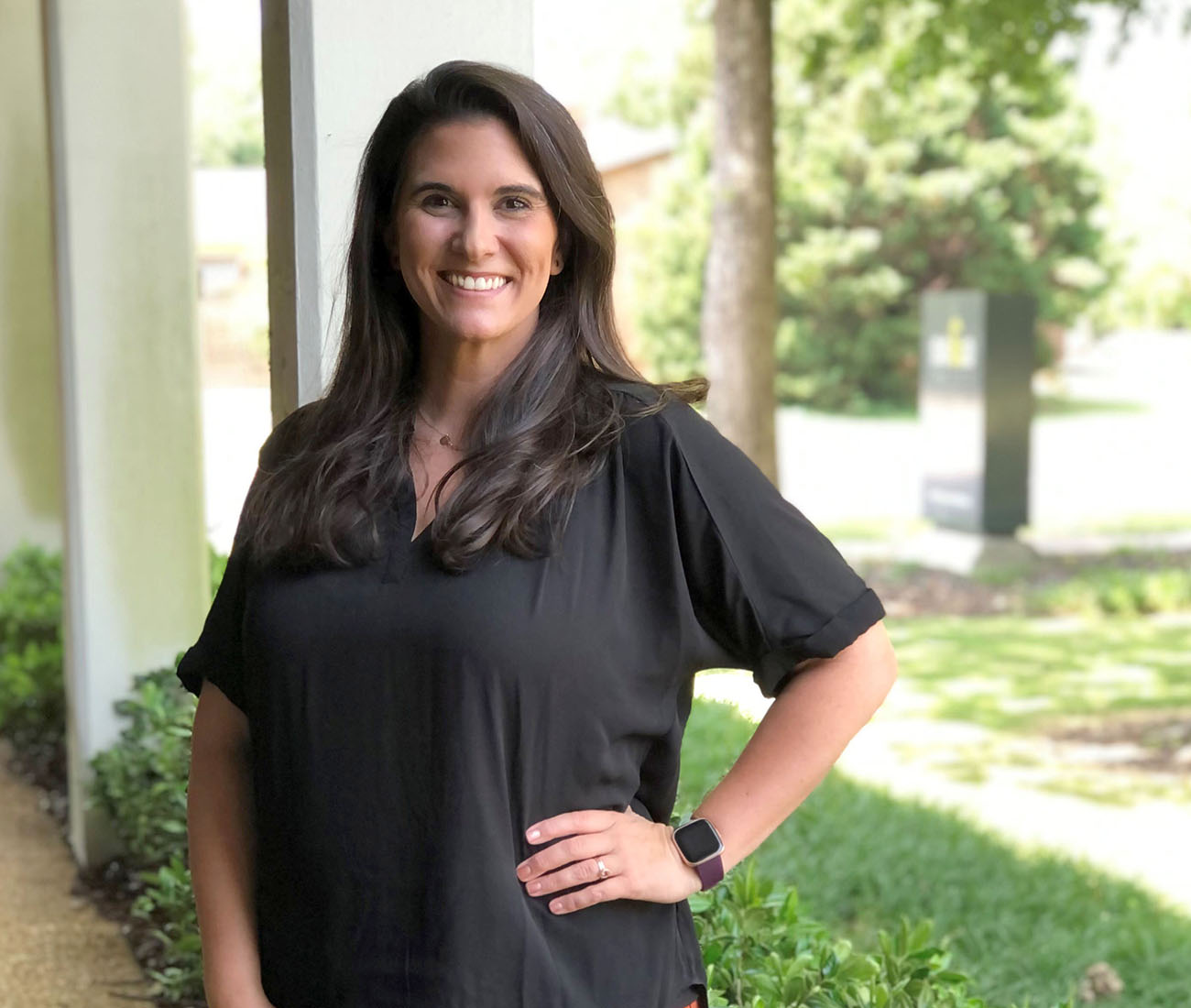